BY NippleWrestler -  Sun Feb 16, 2020 3:12 pm
-  Sun Feb 16, 2020 3:12 pm #852381
It's a clone of the Lovepedal Eternity Burst, which like all Lovepedal pedals is a clone of something else, in this case a Tubescreamer but without the in/output buffers. I added a diode clipping switch that can select a pair of red LEDs at the first diode stage. It changes the EQ slightly to a more upper mid but on the whole it's pretty subtle, which is fine. It does help to remove a bit of mud which tightens up the chugga chugga. 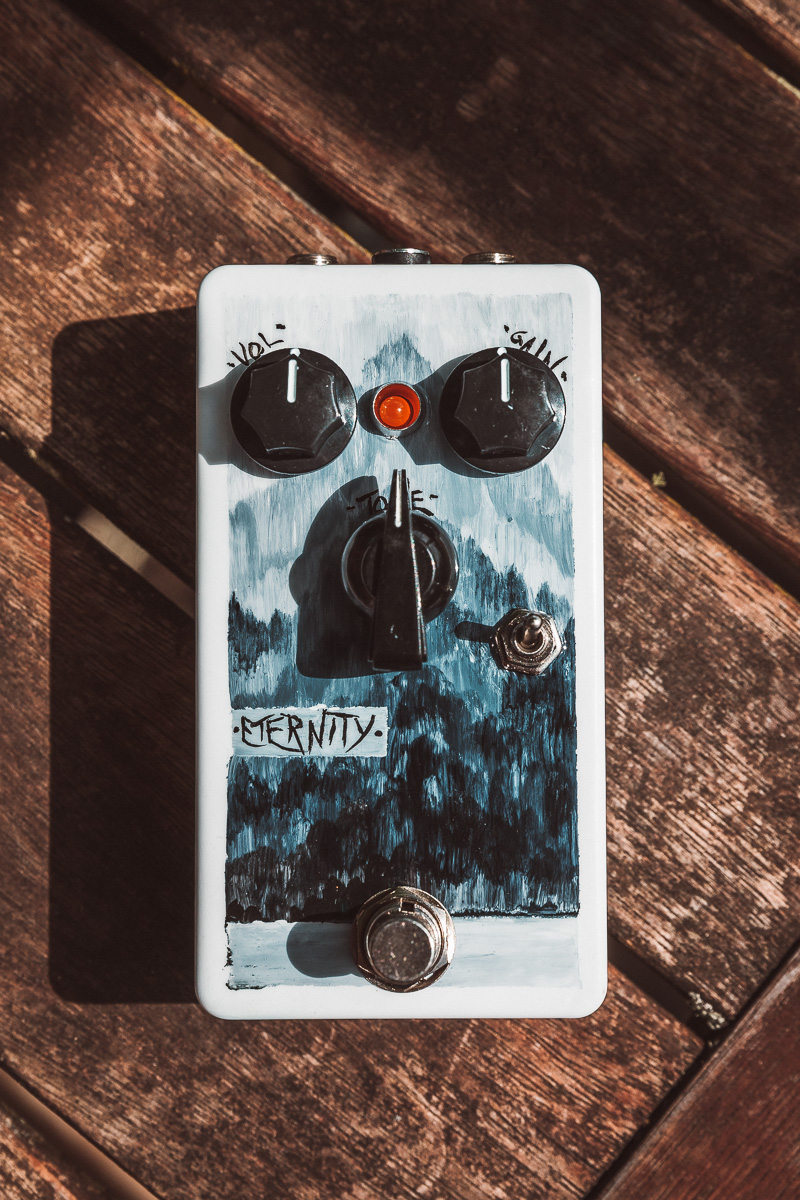 I greatly appreciate PCB mounted pots because with free standing ones you get insane wiring like this. 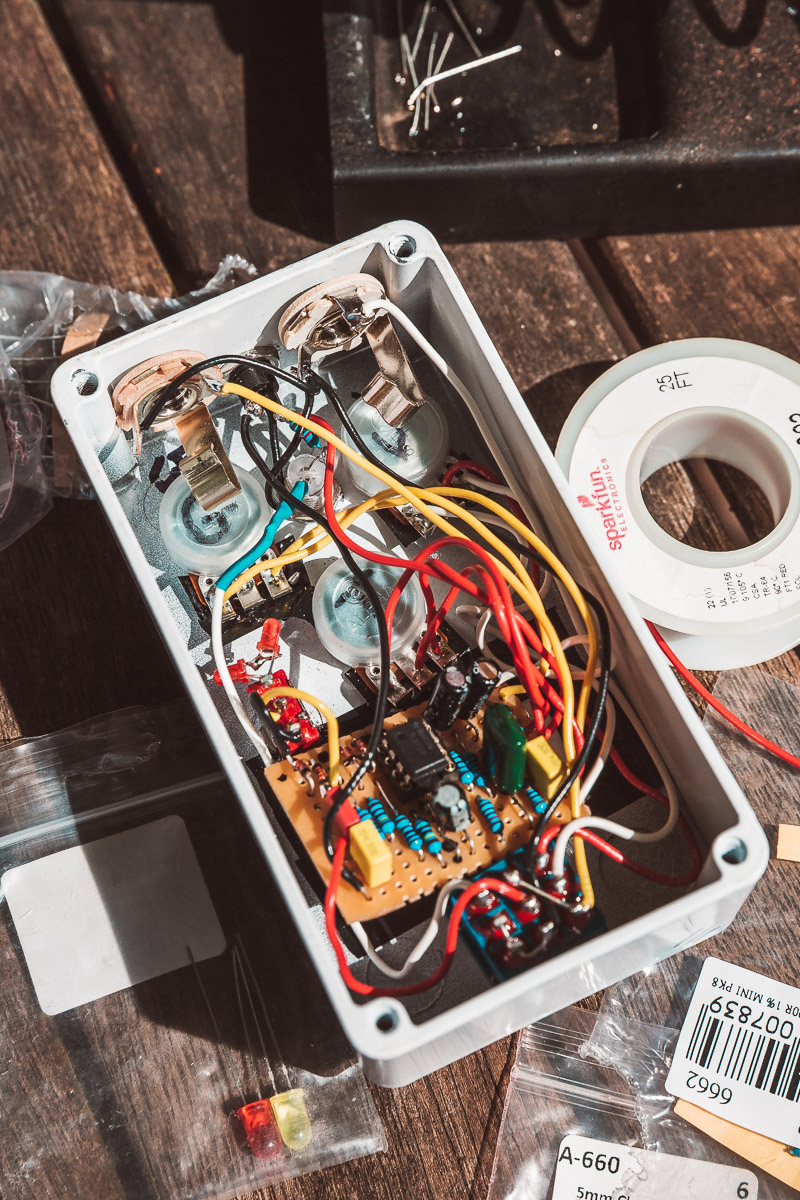 It worked first time as well, which as you'll know if you've ever worked on a veroboard, is pretty much unknown and probably illegal.

This is honestly a great pedal. It's got a reasonable amount of gain on tap and it functions as a nice boost as well as a standalone drive pedal all along the pot's travel. It's kicked the Timmy, Red Llama and Hotcake off the board and 5 minutes after boxing it got some velcro on the back so you know it's a keeper. 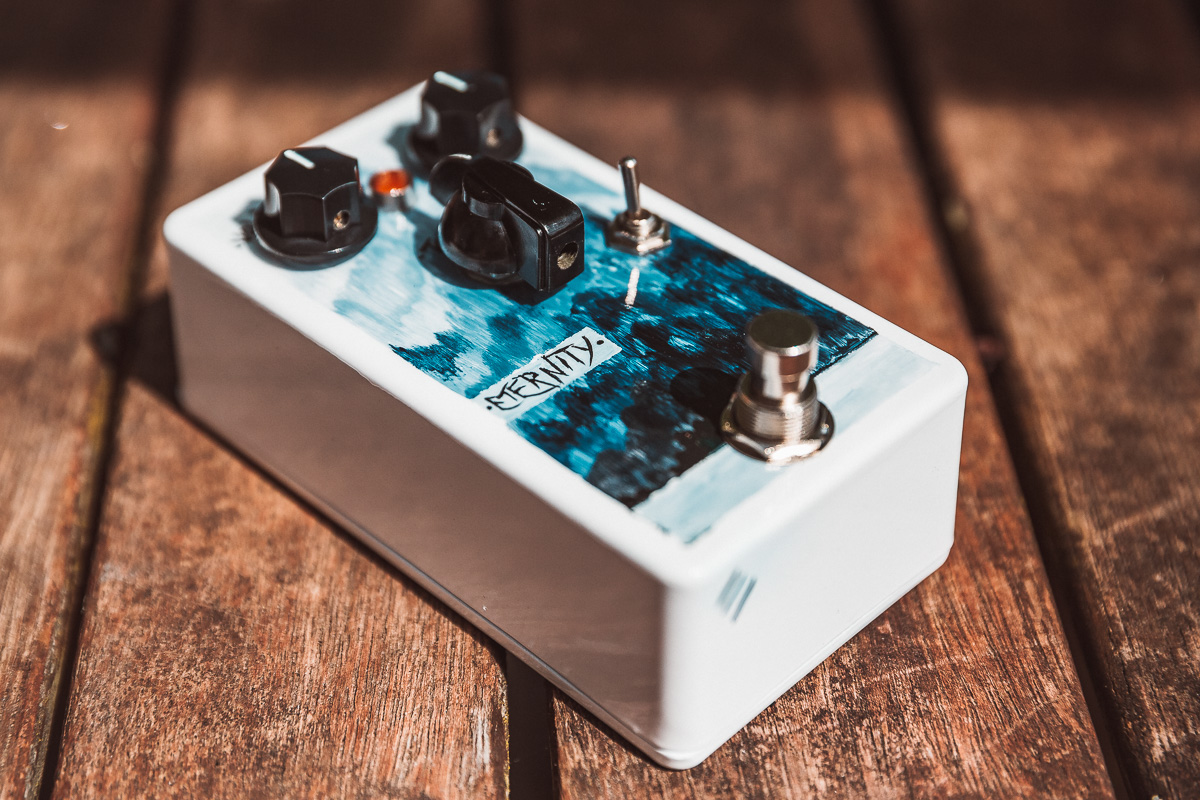 Made from the Tagboard file but I'm using a TL072 in there.

REPLY
Return to “DIY BUILD YOUR OWN - Pedals”