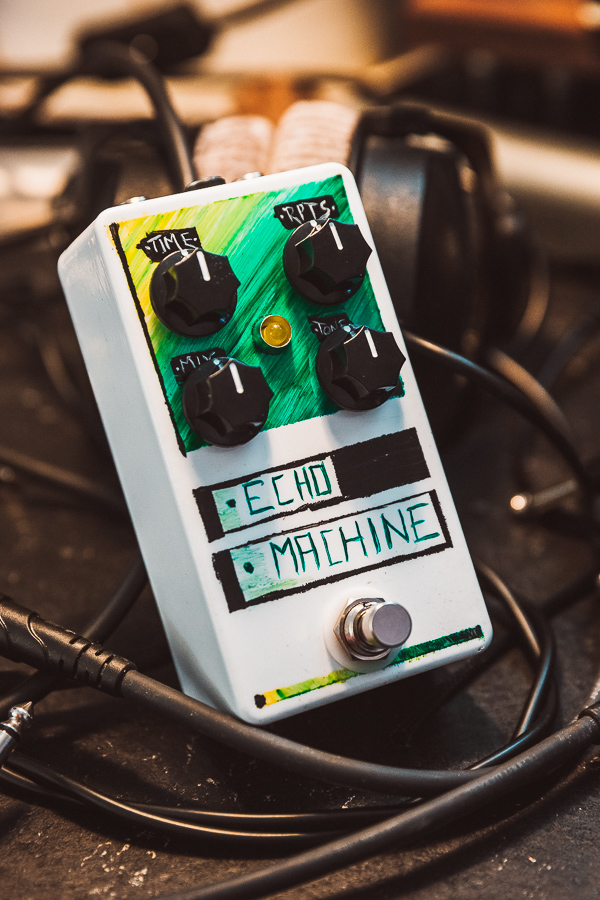 It's a clone of the EQD Disaster Transport Jr but with some different pot values based on what I had in the drawer. Not a huge difference - the repeats pot is a 100k as oppose to 50k and the mix is (I think) a 10k as oppose to a 5k. Same taper though so all is good. 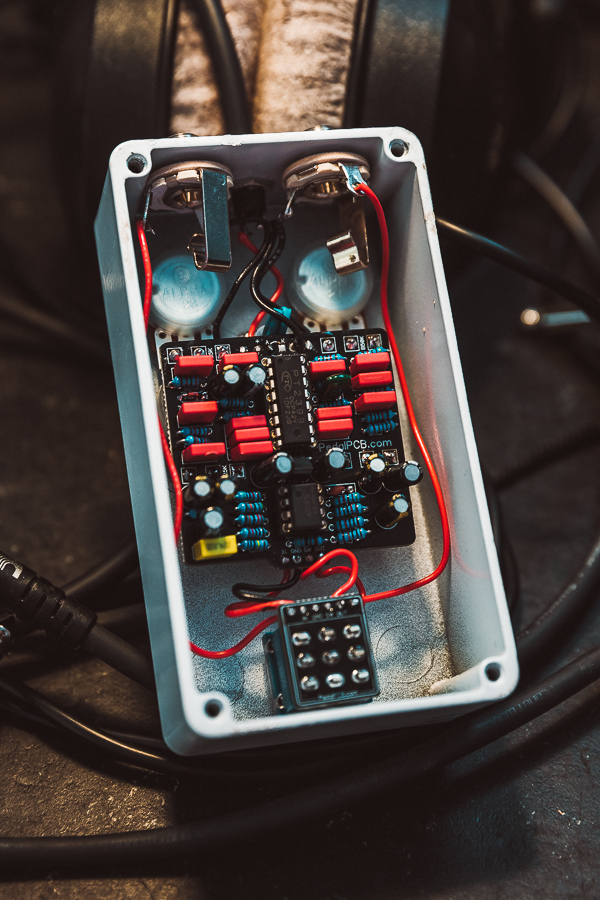 It's a PT2399 driven delay, like a ton of others, but what drew me to this one was the tone knob which effects the repeats. It doesn't have a huge sweep but what's there is usable, it gets dark like a carbon copy, doesn't get as bright/pristine as a DD3 or equivalent, but can help your repeats stand out or sit back if you like.

This pedal sounds way nicer than the Mad Professor Deep Blue that's also on the board and the build itself was generally pretty straight forward. If you look you'll see I had to raise up one side of the resistors on account of the board being built for 1/8w and I use 1/4w. No big deal, it just means seating one side before the other and I like to have the higher side facing away from any IC chips or sockets so you have the room to install those components. 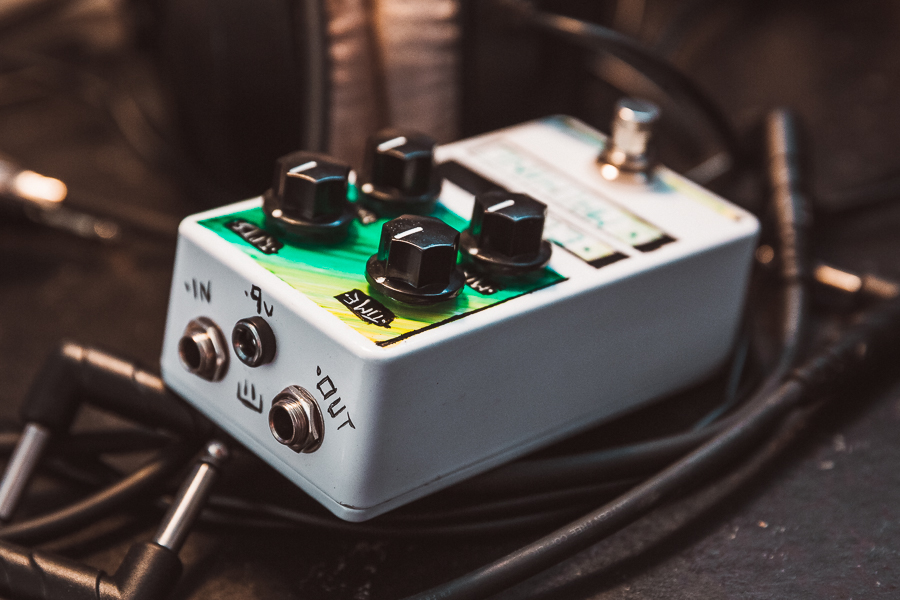 Well worth a build. This is the Cataclysm PCB from Pedalpcb.com btw. If you order it bear in mind the 1uf caps are electrolytic... I had to take a swift trip to Jaycar for not clocking that earlier.

I made the same 1uf error when ordering bits for the Paragon (KOT) build. Luckily it was a value we had in the parts drawers at work.
No one ever died of hard work.. but why take the risk..

I do find Vero boards to be much more rewarding than PCBs though.

REPLY
Return to “DIY BUILD YOUR OWN - Pedals”