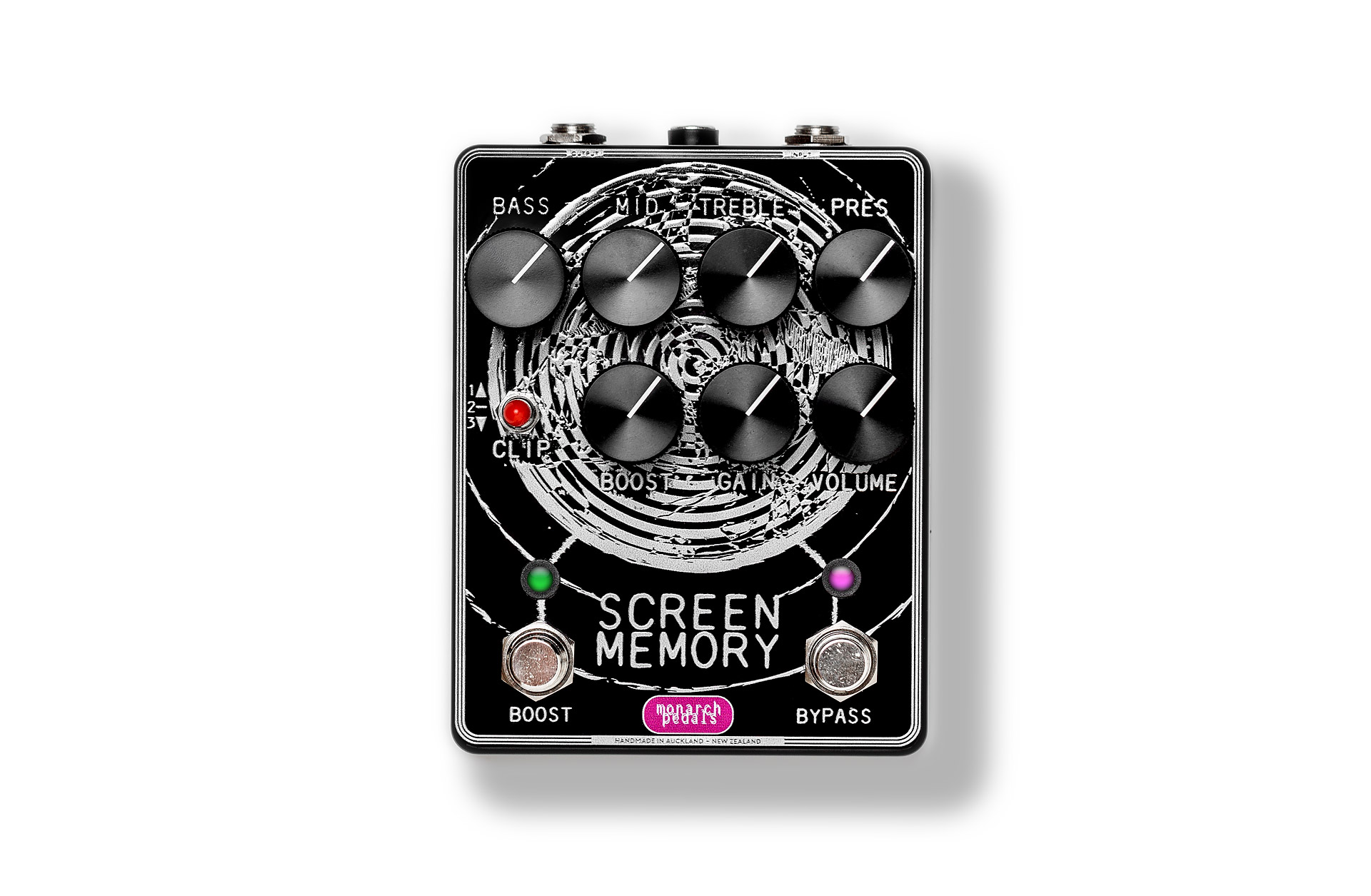 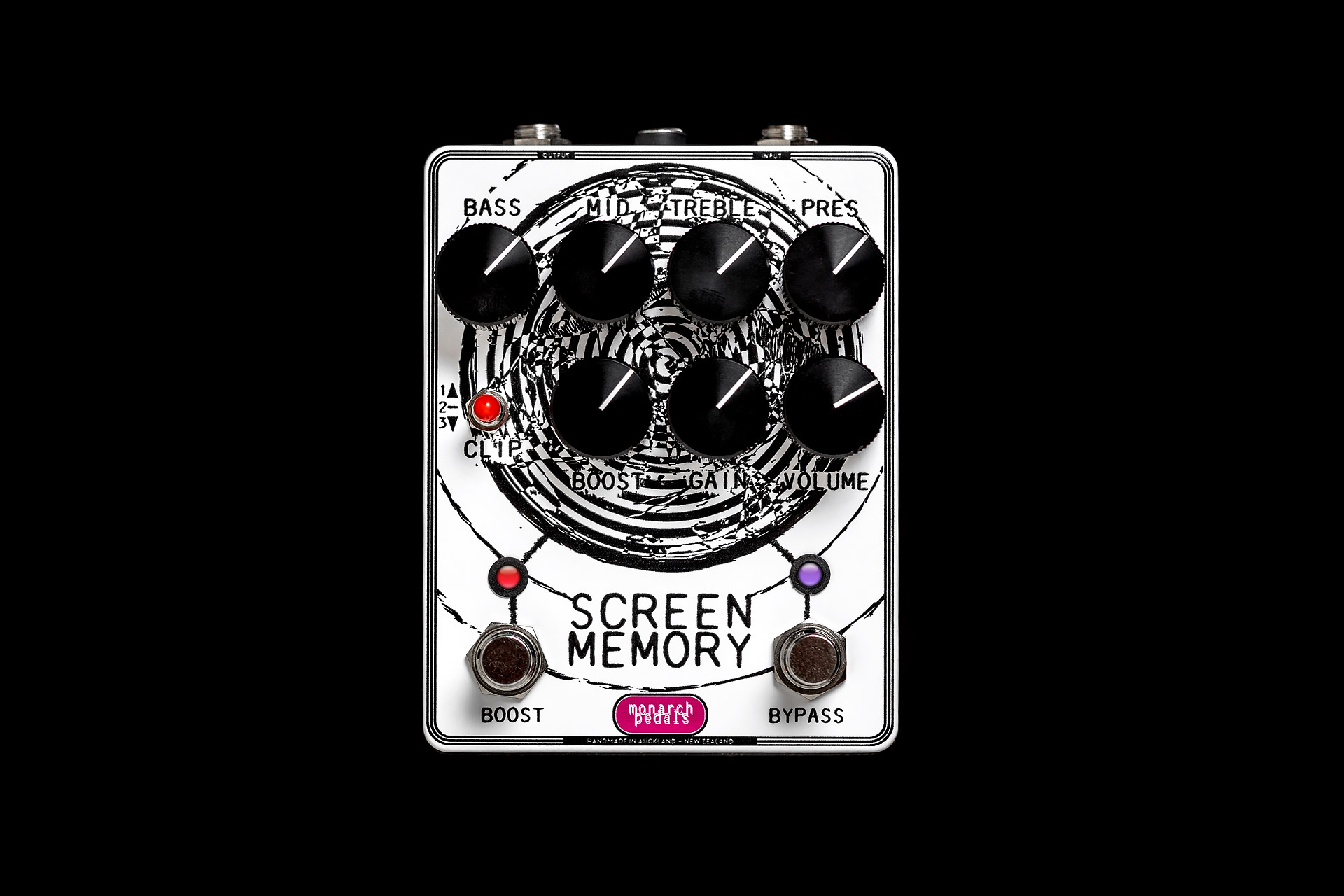 And by the wonders of Photoshop, both! 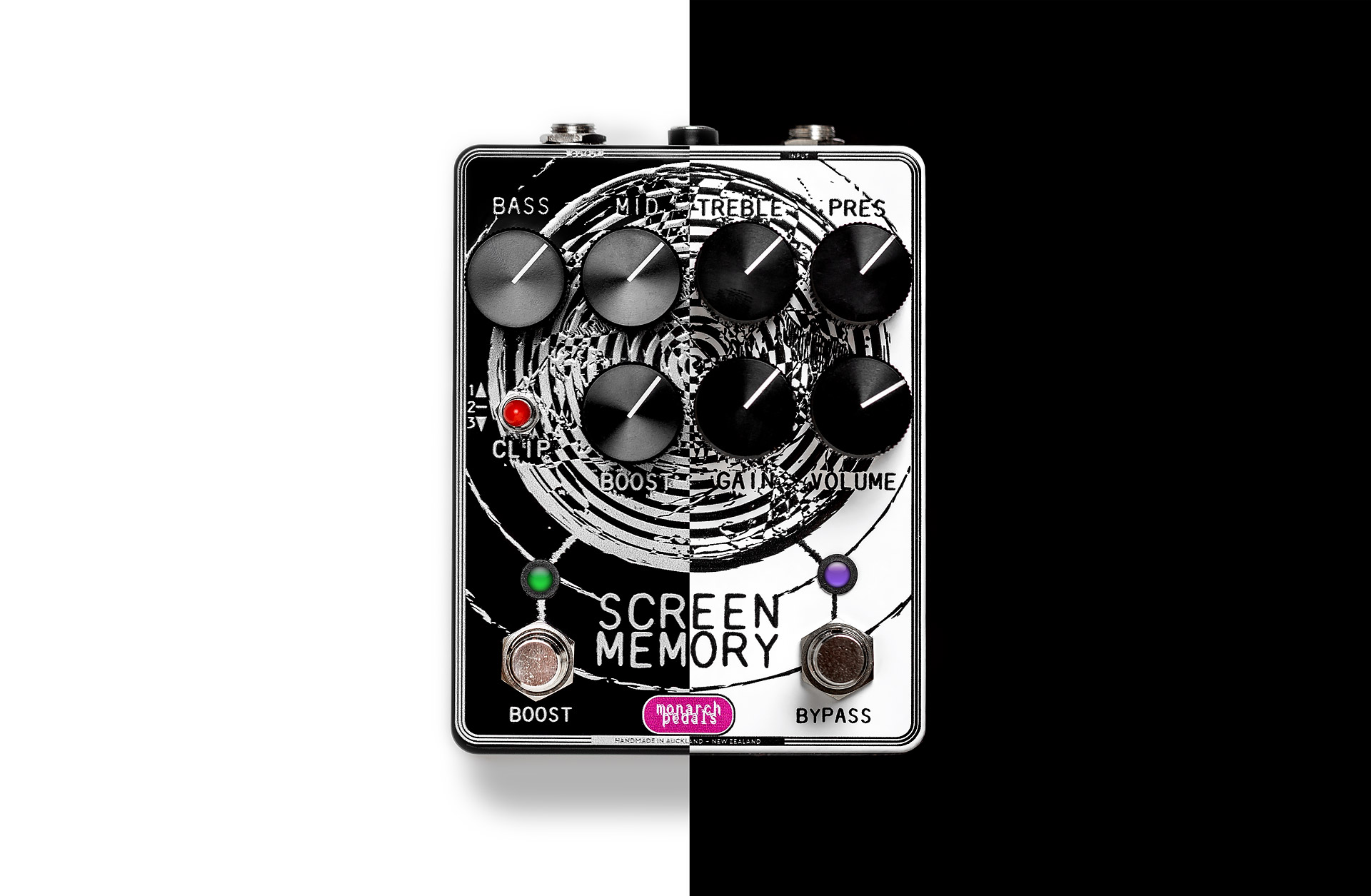 The Screen Memory. It's a dual channel OD with a footswitchable boost control that brings in a gain stage all of its own, meaning extra everything. You've got 2 gain controls, of which the BOOST one only controls what happens when the boost is engaged via the switch.

The PRES control is a global presence control that controls the top end harmonics, so a sizzle control. If you want warm dial it back, if you want bite, dial it up.

The three band EQ is a passive 'Marshall style' tone stack but tuned for pedal impedance (no 1m pots here) and response and a bit more latitude with each control. It's voiced nicely for electric guitar.

The CLIP switch adds extra texture to your playing. Select between vintage Germanium, modern Silicon, or bypass the first clipping stage entirely for a raw and full tone. There's a pair of RED leds later on in the circuit which are mainly used as limiters for volume, otherwise it just gets a little out of hand. This has the added benefit of making a pretty light display when you strum hard as the LEDs begin to clip.

$279 for forum guys and I'll buy Bg a beer cos he's a GC. Ships free around NZ with a 12 month warranty.
www.monarchpedals.com
Top

Tez, you're killing me here...
Top

So prolific!! Love the look of it too!
Birds aren’t real.
Top

I really like the look of this, been thinking about something to swap my RAT out for too.
Loving it so far
Top

Hit me up when you’re doing an interesting delay
"Cash on the ballot, money to burn, Dealey Plaza, make a left-hand turn" Bob Dylan is a genius
Top 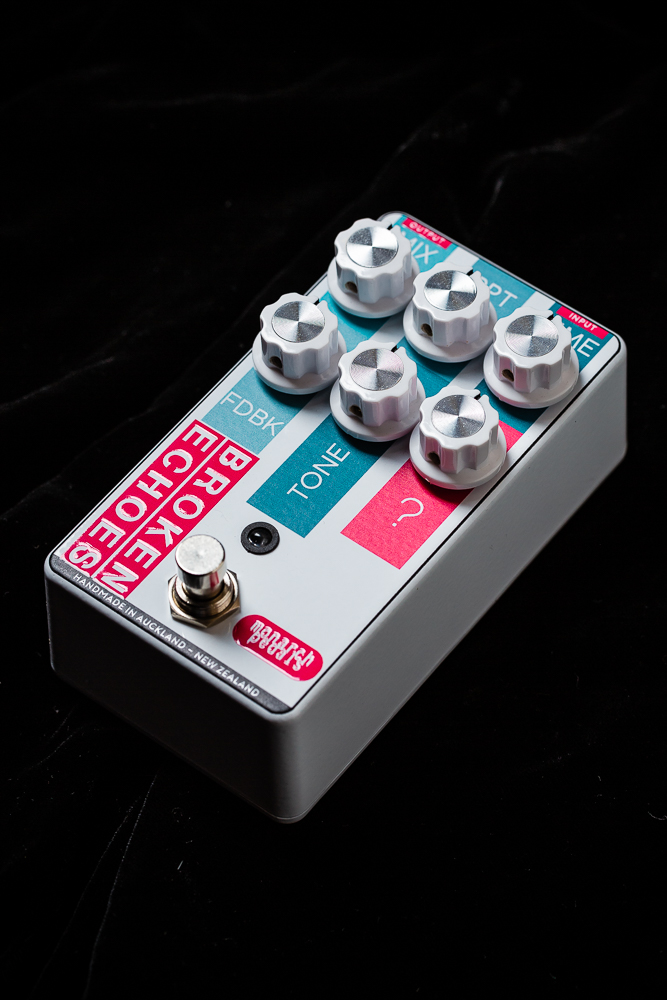 I had that made up, and sold it to a guy in an experimental noise outfit which is probably the best fit for it. It made a lot of broken machine noises if you twiddled.

This has a few more options for sure, as do all my drive pedals now that I think about it. The Corporate Noose would also 100% fit the bill. If you take a punt (on anything) I do 7 day returns for a refund - shipping if you're not 100% on the thing. I know it's a bit difficult when we're both random dudes on the internet. 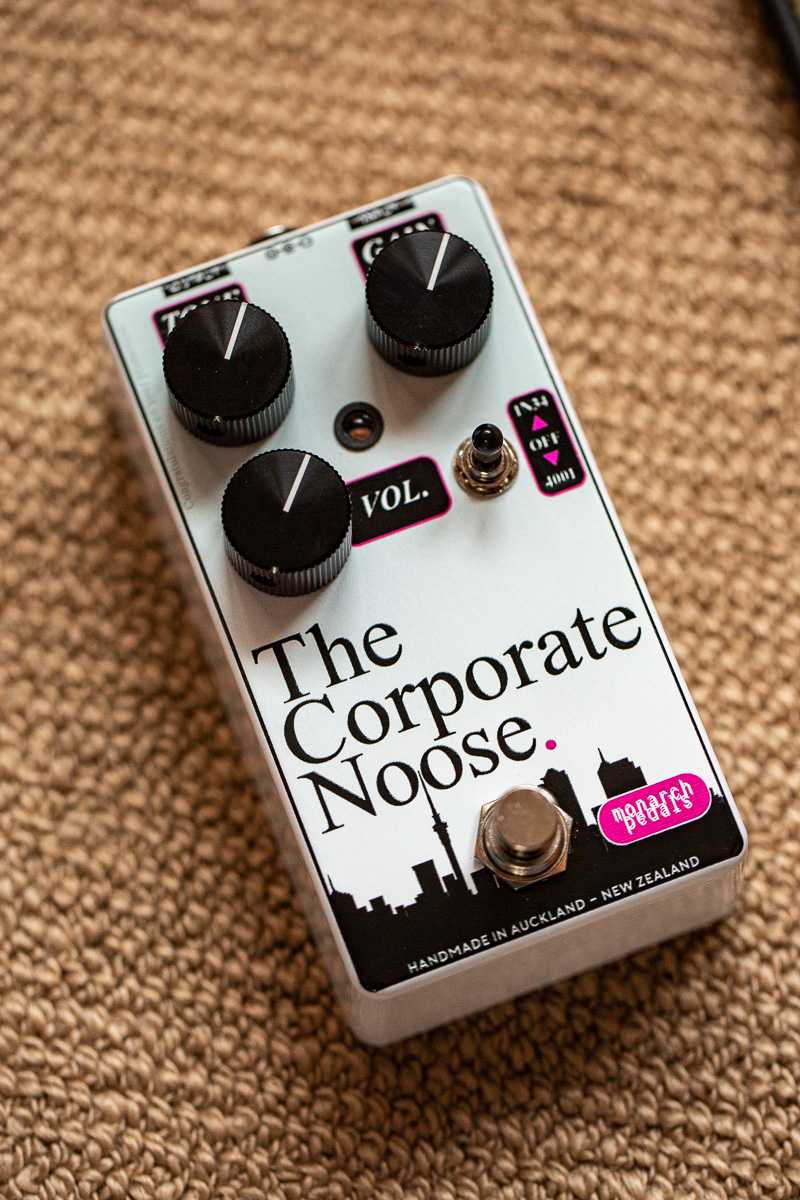 Return to “DIY BUILD YOUR OWN - Pedals”