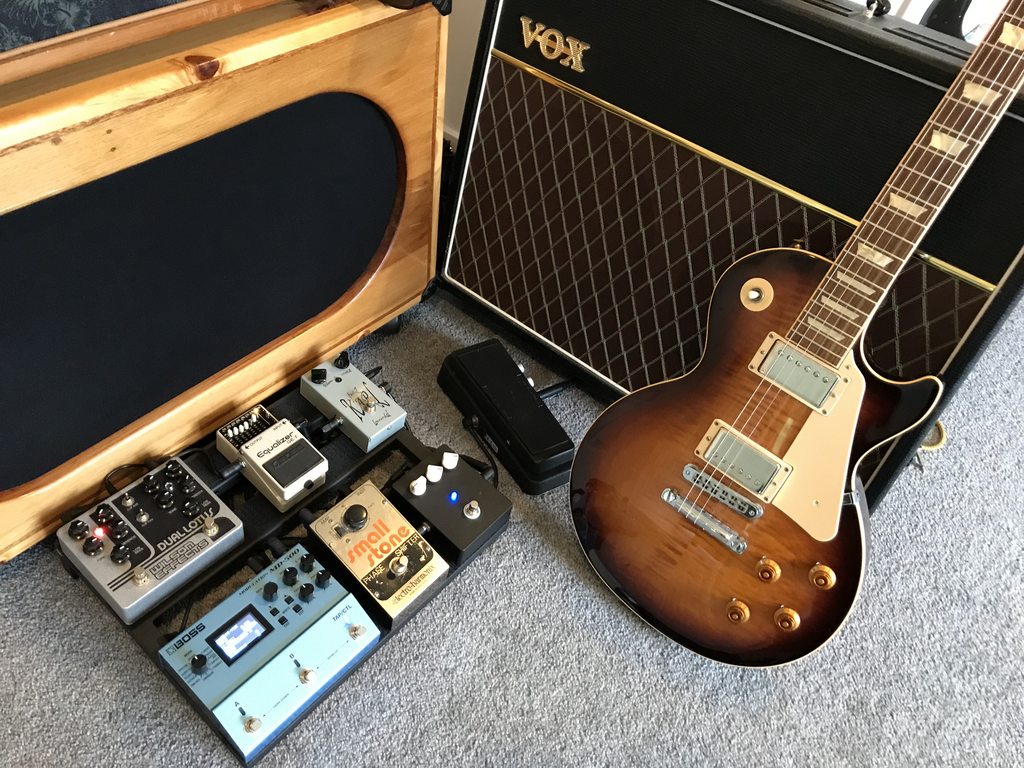 First impressions... good weight to it. I had read up a little on the 2010 Trad's before I went over and according to the interwebz they are weight relieved but minimally so. Felt heavy enough, and my scales confirmed this at 4.4kg versus the Tokai which comes in at 4.2kg. This one has a nice chunky neck profile, definitely along the lines of a '58 style neck which took me a little while to get used to. For some reason I kept rolling the top E string off the neck (and even the low E a few times), probably due to it being quite a bit different to the Tokai and how I am used to playing my one. Not an issue after 5mins or so though, just as I had guessed. 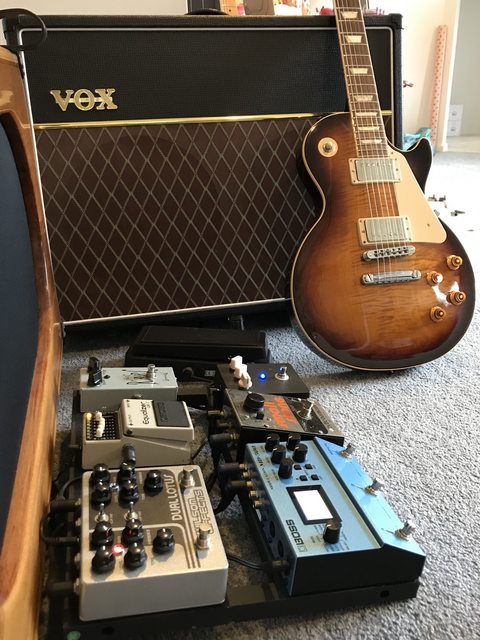 Ran it into the pedalboard and was immediately struck with a nice overall tone and clarity to the notes. If I were to compare it to the Tokai I would probably lean towards the Gibson being a little brighter, possibly a little lower output (although hard to know not having the Tokai with me to compare). Pleasing to note that it responded particularly well the varying degrees of overdrive that were on offer. The note clarity remained and it never became muddy or flubby even when playing deep in the depths

I felt like it lost a fair bit of thickness switching from the neck to the bridge pickup, but this is merely an observation and wasn't necessarily a bad thing. The middle position was probably my favourite TBH, the best of both worlds. I didn't like the glossy neck, if this was mine I'd probably take the finish off the whole of the back and the neck but this is subjective and entirely my personal preference. Everything else was as it should be, notably an upgraded aluminium bridge I believe (?) and a nice set of Grover's over the tulip-tuners. 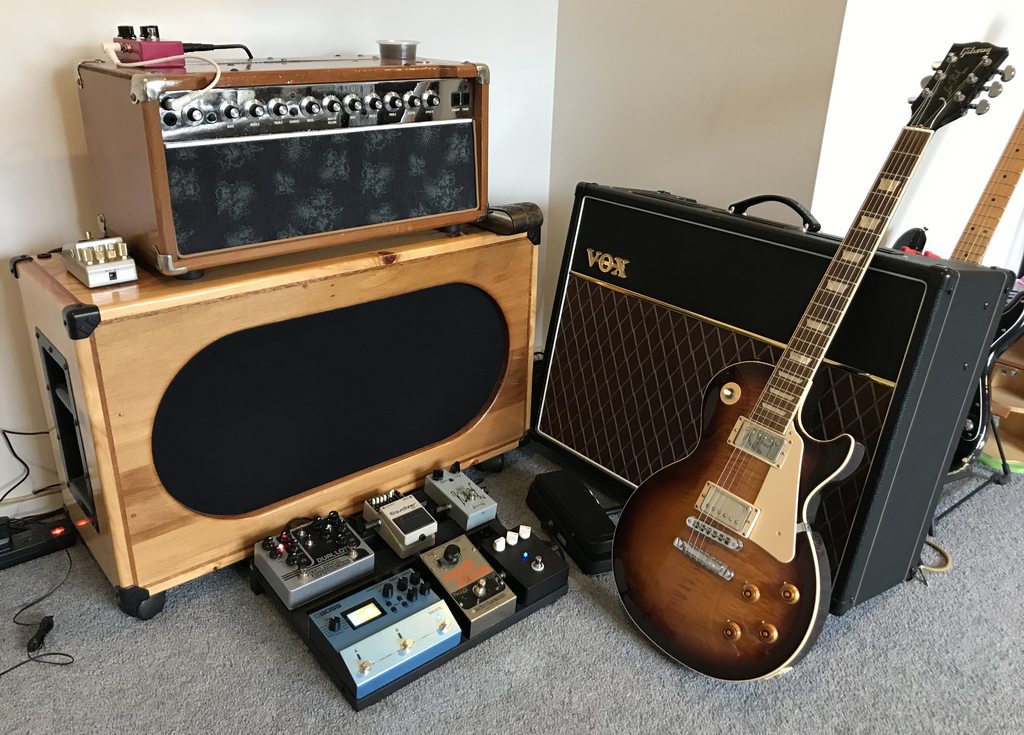 kdawg2a wrote:May I please note, the pick ups weren't made by Gibson and all the better for it!

This dual review thing is cool
Last edited by RobRoyMcCoy on Mon Oct 07, 2019 6:58 am, edited 1 time in total.
Greenstone Amplifiers

RobRoyMcCoy wrote:8) This dual review this is cool

And a good idea. Now, who in Christchurch can I trade something with for the same purpose?

Molly wrote:And a good idea. Now, who in Christchurch can I trade something with for the same purpose?

RobRoyMcCoy wrote:8) This dual review this is cool

And a good idea. Now, who in Christchurch can I trade something with for the same purpose?

Plenty of crap at my gaff!